Jacob Tannenbaum is a man of hard lines of hard times. His rough face is lined from the length of years he’s fought for what’s his, and looks as if he should have grandchildren. His hair is coiffed simply in a slightly outdated style so it stays out of his face.

He wears charcoal grey suits exclusively, and shiny black bowties. He keeps a pair of small reading glasses in a breast pocket opposite his silver cigar case.

Perpetually in a foul humour, he only smiles when he’s about to lie or fuck someone over (or both).

He’s a businessman first and foremost, preferring to refer to people by their last names. 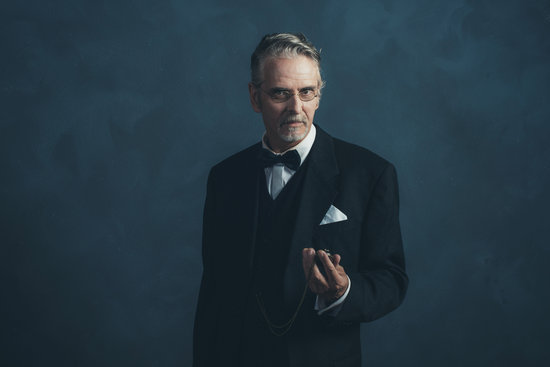 Ma moved us out to California to live with her aunt after we buried Pa last week. She ain’t said much, just that me an Bobby will have better opportunities out here than in some dump where it never gets warmer than freezin yer ass off. Aunt Moira got me this journal to ‘document my new life’. Fucking crazy old hag. Must be somethin in the water out here in San Francisco.

Got me a job shining shoes at a barber shop out front of that shoe store on Vine. Lots a shiny rich assholes come through to have their pointy fag mustaches trimmed and their pointy fag shoes shined. But a nickel is a nickel.

Bobby sells papers on the corner outside Aunt Moira’s tenement. Old hag kept threatening to charge us rent if we didn’t both get jobs. Her own family, can you believe?

Ma is sick. Fuck me

Doc said it was Tuberculosis. Said she must’ve been hiding it for years.

Ain’t writ in a while. Wrote? Don’t matter. Bobby walked out. Said he’s gonna go to school an be an artist. Moira said he’d never make it and he couldn’t afford it.

He said he’d been saving his pennies and he’s got enough for a semester. Gonna learn how to paint pretty pictures like Van Gogh. Moira says he ain’t saved shit. Bobby checks the box under the floorboards in our room where he’s been keeping his stash.

Bobby ain’t say nothin after that. He just left.

I ask her how could she steal from her own family?

Says we ain’t never paid rent and keepin up her building is expensive.

That fat old bitch walks in with a fur coat.

I been watching how the old hag signs her checks, she been making me work the front desk when she’s too drunk. I’m gettin pretty good at doin it myself.

Found me a lawyer with some gambling debts. Some local toughs. I ‘politely’ asked them to leave my new friend alone. For some reason they took exception to me getting involved with their business. They tried to show me how tough they were. Knuckles Tannenbaum didn’t raise no puss. I been keeping his favorite Ice-pick on me for good luck.

Pretty thing, with the silver handle and all. Pa’s boss gifted it to him for some mess he got them both out of during Pa’s enforcer days. It still remembers how to open up skulls real nice.

My new lawyer friend and me are writing up a will. Not mine, I ain’t going nowhere. It’s my poor old sick Aunt Moira.

Will’s all set. Poor Aunty Moira fears leavin nothing behind, so she’s titling the tenement over to me if’n the worst should happen an she pass. Old bitch.

Moira’s gettin worse. Keeps hollering about how I ain’t working hard enough for the pay she ain’t give me. Says she’s gonna start chargin me rent on top of me running the whole house now. This on top of me having got a manager position at the shoe store.

Had another fight with Moira. This is the third time she’s threatened to throw me out. Like I ain’t bled for this damn slum tower. Like I ain’t done my job an hers for the last fucking six months.

I done it last night. With the pilla over her fat face. Have fun in hell with the rest of the devils Aunt Moira.

Called the police yesterday mornin about Moira. Fed em some line about how I come to fetch her for Christmas breakfast and she ain’t answer so I came in her room and found her there, long dead. ‘Musta went in her sleep, rest er soul.’ says the officer. I got a good poker face.

Whole building is in my name now. Tannebaum Heights. Nice new name. Hired in some crew to scrap out the dumb shit Moira had been holding onto that kept the place looking like a postcard from Victorian England. Everything is gonna be new and better. Especially me.

Shoestore is mine now. Owner had been gettin on and he saw how I fixed up the tenement and he figured I could do it to his shop. I done it and now Cool Heels is bigger than Thompson’s Cobbler ever coulda been.

I ain’t never thought I’d be bored with success. Shoestore is expanding, gobbling up other places in town and cleaving to my methods. Tannenbaum Gardens, the third high-rise under me, just done a ribbon-cutting. Why don’t this make me happy?

Fuck San Francisco. Scratch that, fuck the entirety of California. I’m bigger than this. Headed north to the fucking Klondike.

Dodge City. What a shithole.

Got my claim, deed, and bought a pack of gear.

Couple of local rats though to knock over the softie from Cali. Poor saps didn’t know Ma moved us there from Chicago. Pa’s favorite ice-pick still does good work.

Reminder to get the rusty old fucker sharpened.

Gold. Merry fucking Christmas to me.

Buried some ten paces west of the bend in the river under the pine.

Everything else comes back to Dodge with me come the thaw.

Man at the exchange both about laid an egg when I dropped the sack of bounty on his counting table.

Been a while since I wrote anything down. Left Dodge and came back stateside, Copper mine boomtowns are where the money is at now.

Salt Lake City. Not my kind of town but the mountains around it sing with money to be grubbed up by schlubs what can’t read fucking contracts.

Met a damn strange fellow last night at a cigar and brandy meet up among local who’s who. Very interested in my holdings around the mountain. I gave him a ridiculous number as a roundabout way of tellin him to pound sand.

He set it on the table in cash. We talked.

So Vampires are real. Fun thing to learn. My new friend and apparent business partner Joshua Freedman be one and he likes my style. Wants to invite me to join the rank of the living dead.

I’m thinking about it. 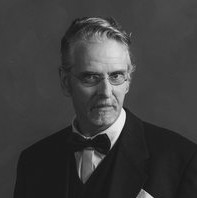